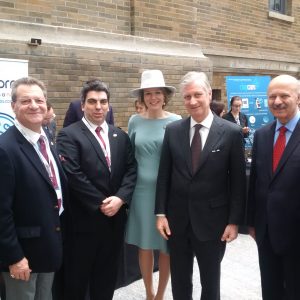 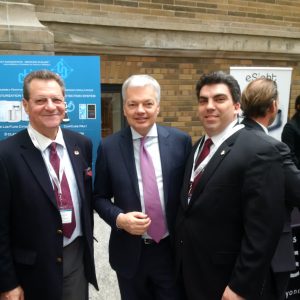 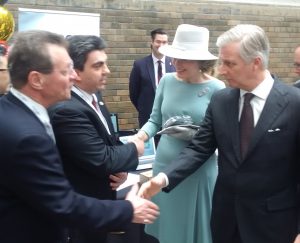 King Philippe and Queen Mathilde of Belgium visited Toronto during an historic State Visit to Canada. Amidst the Centennial Celebrations of key battles of the Great War which laid the groundwork for a lasting relationship between Canada and Belgium, Their Majesties are leading a delegation of nearly 200 of Belgium’s senior political, business, and academic figures on a visit which started in Ottawa before heading to Toronto, and finishing in Montreal. After visiting with Ontario dignitaries at Queen’s Park, Ontario’s Ministry of Research, Innovation and Science hosted the delegation at MaRS, with a showcase of some of the incubator’s Rising Stars, followed by a networking luncheon and several presentations.

Their Majesties visiting the Showcase at MaRS 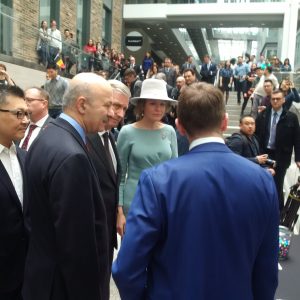 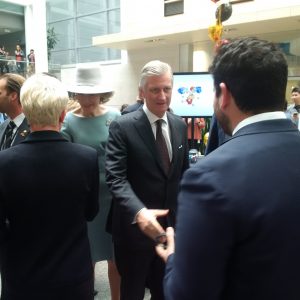 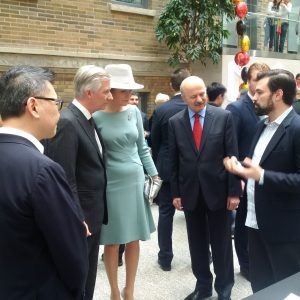 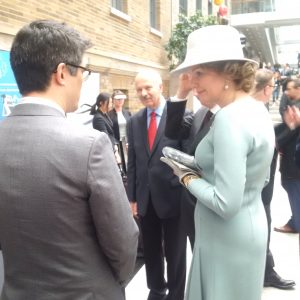 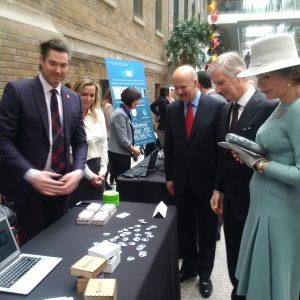 Queen Mathilde also received a tour of nearby SickKids Hospital from Dr. Luc Mertens, Head of Pediatric Echocardiography and long-time member of the BCBC.